Insides and Outsides / Interior and Exterior relationships have been my basis for this exploration. Forms that are not specific allow for a wide range of interpretation. They can be suggestive of the body. Cast blocks with unknown but suggestive insides create an illusion for the viewer that allow for many possibilities for meaning. Porcelain slip forms layers of skin. The outer layer of slip is the first to harden it becomes soft and malleable with its insides still being liquid. Skin has a dual function of holding in organs while serving as a breathing organ. As the viewer looks closer to find the answers to their questions using the senses of sight and possibly touch they become closely examined. The objects within no longer totally visible have been hidden beyond layer of their identity. 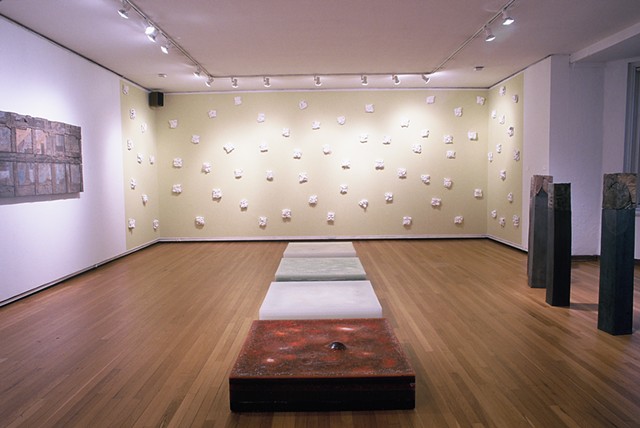 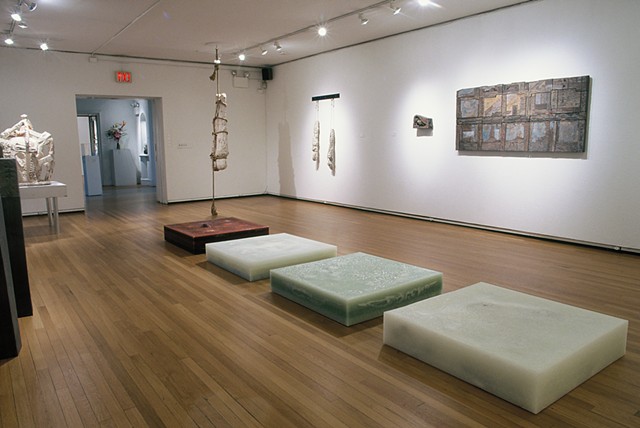 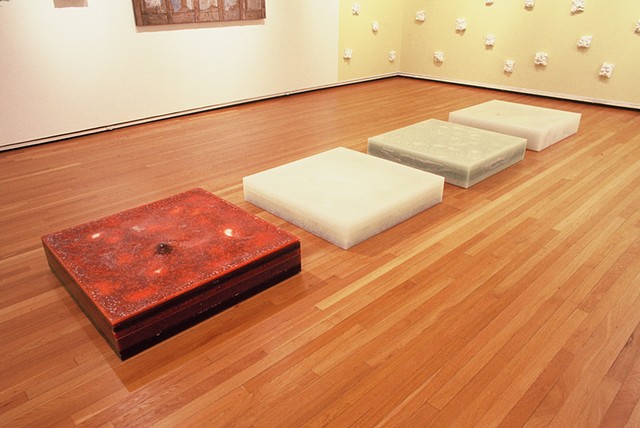 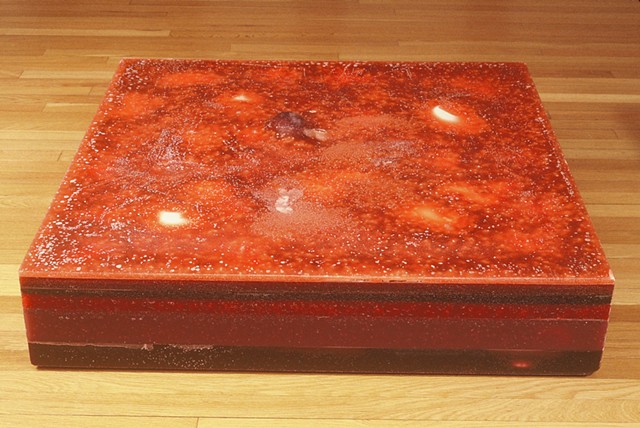 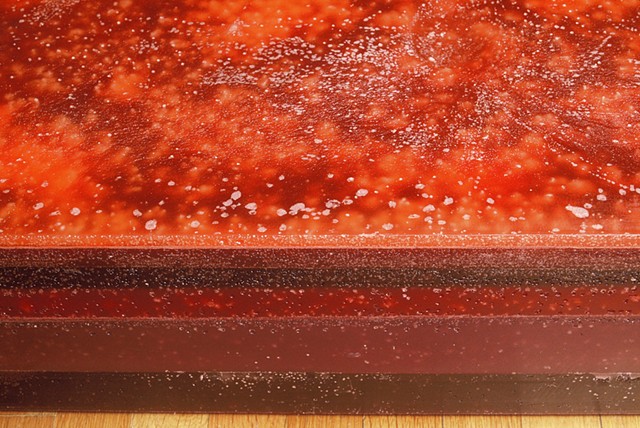 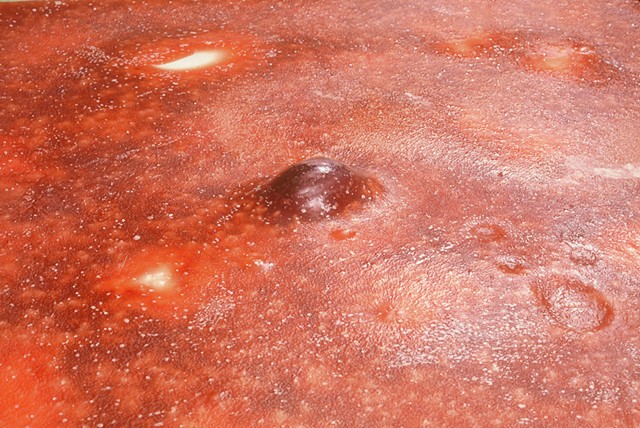 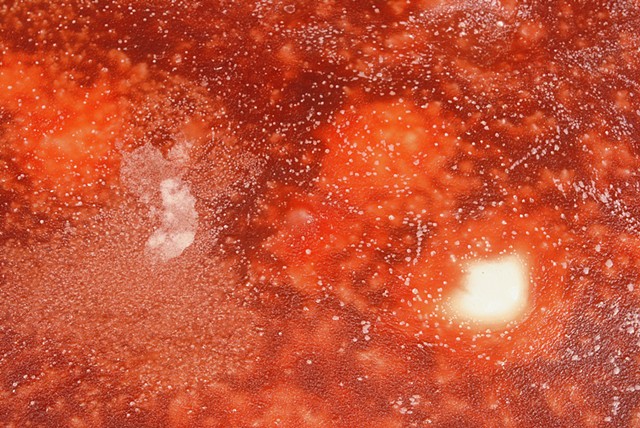 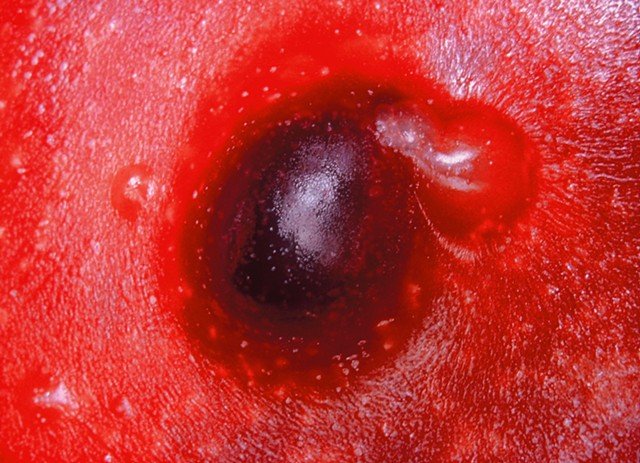 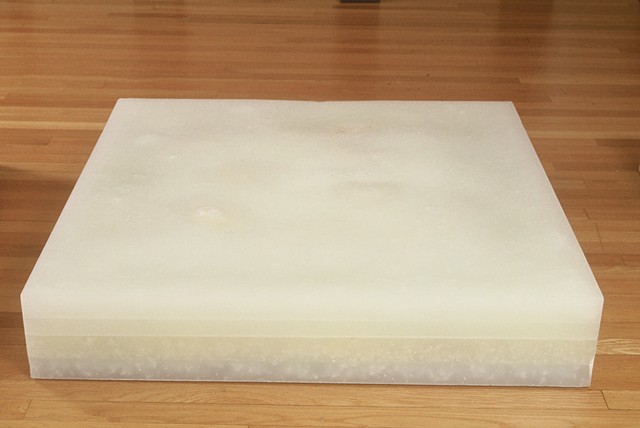 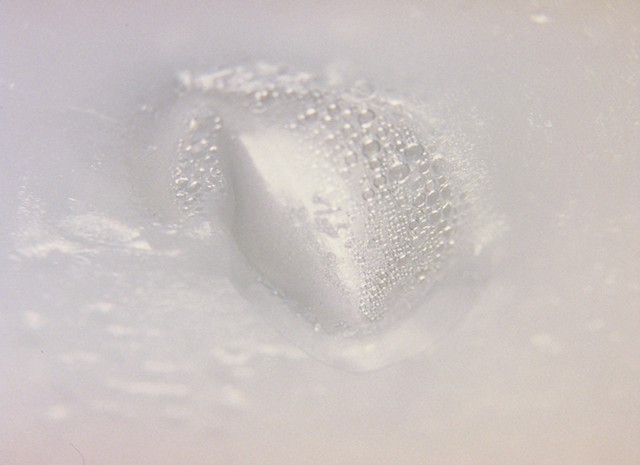 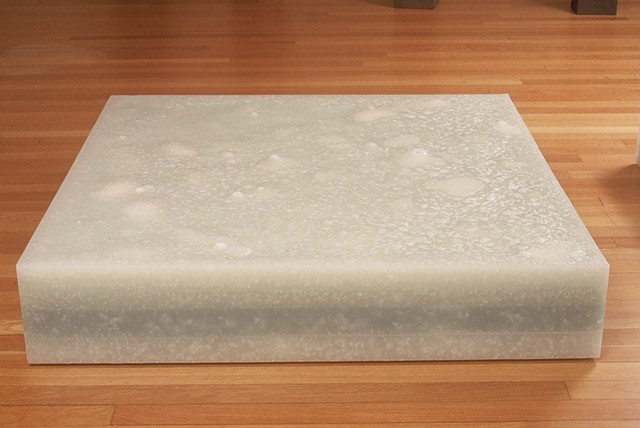